Tour of the world’s sleeping toddlers

“How do I get my toddler to sleep?” is an age-old, universally asked question. Find out how other parents are doing it across the globe.

Sleep styles can vary greatly across cultures, affecting where, how, and what time parents put their little ones to bed, as well as the bedtime routines they follow. The good news is that even with the different habits, many toddlers are generally getting the recommended 11-14 hours of total sleep they need from daytime naps and a full night's sleep.

Sleep is vital for your toddler’s healthy growth and development—it’s a crucial time when their body rests and recharges. Speak to your healthcare provider if your concerned about how much sleep your toddler is getting.

Getting ready for bed

Research has shown that a consistent bedtime routine is one of the most important things you can do to help your toddler doze off. If you don't have one in place yet, it's not too late. A recent study that included mothers and their young children, showed improvements in toddler sleep habits after just three nights of following a specific bedtime routine, which included a warm bath, massage, and quiet-time activities. However you’re choosing to settle your toddler before bedtime, make sure you do the same thing every night so they know what to expect.

Be sure that screen time is not part of your toddler's bedtime routine. Watching TV or playing with phones or tablets before bed can lead to decreased sleep. In fact, a recent study found that every hour of touchscreen use was associated with 15 minutes less overall sleep in toddlers.

Find out how toddlers are sleeping and preparing for bed around the globe. Several studies were conducted exploring the sleep patterns of babies in different countries, revealing some interesting findings. You might be inspired to try something new. After all, what unites every parent—wherever they come from—is their wish for a happy, healthy, and well-rested toddler.

Could it work for you? Naps can give growing toddlers the opportunity to recharge during the day so they’re ready for more activities. It also provides you with some precious moments to get things done!

Could it work for you? Teaching your toddler to fall asleep independently means, in time, she’ll be able to self-soothe and resettle herself if she wakes up in the night. You should hopefully be able to get a bit more rest too.

3. Regular nightly routine
Research on following bedtime routines showed:
•    Almost 40% of children aged one to four follow the same bedtime routine every night in Belgium.
•    In the Netherlands, close to 50% of one- to two-year-olds have a nightly bedtime routine.

Could it work for you? There’s evidence to show that following a regular bedtime routine leads to toddlers getting more sleep. Activities like bathtime and reading a story before bed are also fun ways to bond with your little one.

Benefits of a consistent bedtime routine

Did you know? The amount of sleep your toddler gets may be linked to their behaviour, language development, and future weight.

How sleep can affect your toddler’s health

Did you know? Not getting enough sleep may lead to your toddler consuming extra calories.

Does your toddler sleep less than your grandparents did?

Take a look back in history to compare sleep stats, then and now, and get tips to help your little one drift off into a slumber. Because a good bedtime routine is timeless.

How to help your toddler sleep well

Even with a well-established regular bedtime routine, there may be times when your toddler’s sleep is disrupted. Try these ideas to help deal with some of the common causes so you and your little one can enjoy a peaceful night’s sleep.

It can be exciting to watch your baby’s first steps—or at least, attempted steps. Here are a few ways you can help them when they’re learning to walk so they can make that giant leap for toddler-kind!

Why do toddlers need fibre and how much should they eat?

Did you know? Many children around the world are missing out on essential fibre and whole grains.

How to help toddler tummy problems

Painful toddler tummy problems, including toddler diarrhea and toddler constipation, are horrible for parents and babies alike. Here’s a list of things to help keep your toddler’s upset stomach under control.

Mealtimes are a great opportunity for the family to come together to share food and enjoy each other’s company. In addition, family mealtimes have benefits beyond happy shared experiences—eating together with family members can teach your toddler healthy eating habits that may last a lifetime.

It’s difficult to find well-balanced meal ideas every day for your toddler. To help you, we’ve got a selection of toddler recipes, which can be adapted to the specific age and developmental stage of your toddler.

By the time your toddler is two years old, their eating patterns will be established. That’s why it’s important to think about which foods are on (and off) your shopping list now.

Some days, the last thing you probably feel like doing is exercise—particularly if you’ve had a sleepless night. But keeping active can do wonders for your physical and mental health. Here are some easy ways to incorporate exercise with toddlers into your daily routine, from mom and toddler workout ideas to trying out toddler exercise videos online.

Your baby’s first words are likely to happen after a few months of baby talk. It’s an exciting time for you both as your little one starts to verbalize their wonder at the world—just prepare yourself for the torrent of questions that will follow soon after! Here are some things you can do to help teach your baby to talk.

Fibre and Whole Grains Foods for your Toddler

Choose foods containing high fibre levels and whole grains for your toddler, but what foods are those and how can you make sure your baby is getting the right amount. Find out!

Baby allergies and intolerances can develop at any time. An allergy is our immune system’s reaction to a substance it thinks is harmful. The severity of the reaction can vary among people and many children outgrow some types of food allergies. A food intolerance is different from an allergy and is not caused by an immune reaction. Food intolerance causes discomfort, but it’s not dangerous.

What should my 12-24 Month Old Toddler be Eating?

As you probably already know, toddlers are incredibly active and energetic! For their body size, toddlers need to make every bite count with nutritious meals and snacks.

Got a hungry toddler? Here are some hunger and fullness cues to watch out for during your toddler's development.

Why toddlers need to eat in between meals

Did you know? Toddlers may get up to 25% of the calories they need from snacks.

By now your toddler is really getting the hang of self-feeding. And you're probably used to messy mealtimes! 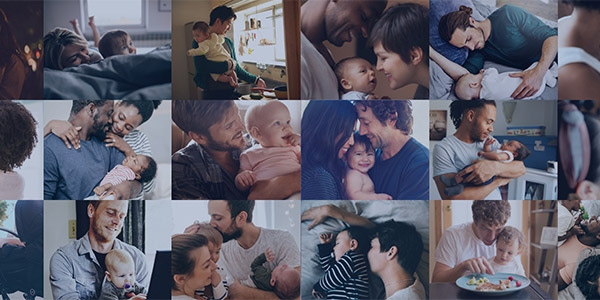